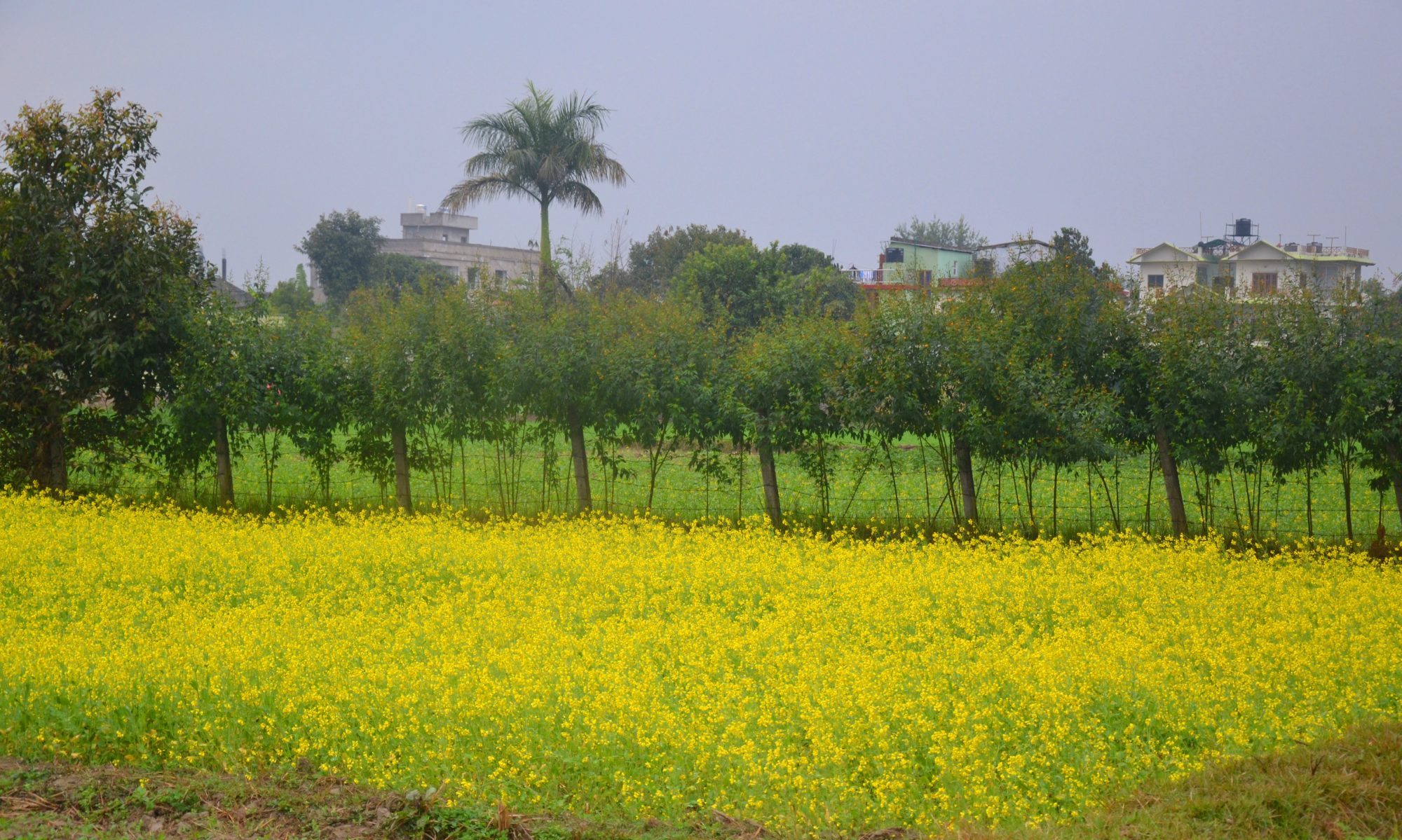 I do not why, but when I wanted to tell you about the fireflies in Dhangadhi, it brought to mind the trip with my friends to Murghab, a town located in the eastern Pamir region in Tajikistan.  I remember us having stood with our heads up to the night sky and ours cries of “wow, awesome!!!” as dozens of Milky Ways were crossing the Murghab night sky and were turning into one starry twinkling depth.  The night sky was completely white and unbelievably stunning.

If in Murghab it was “wow, awesome,” that evening in Dhangadhi it was speechless, breathtaking, motionless… even my spoon had stopped moving on its way to the plate.

After three nights spent in a hotel in Dhangadhi, I moved to the spare room in the house where Sandy lives.  Sandy is the red-haired lady in kurta, famous for having no cell phone nor laptop, but she has her bike, thousands of stories, and incredible optimism.  I unpacked my suitcase, and later that evening, we had our tomato and cucumber salad on Sandy’s balcony.  We were busy with the salad keeping an eye on what was happening outside.  My attention was taken by one huge tree and two smaller ones.  Each was sparkling as if someone had decided to celebrate the Tropical Christmas by decorating these Christmas trees.  I was searching for a word, and Sandy said: “Yes, these are fireflies”.  It was difficult even to imagine how many of those sparkling bugs were in the upper branches of that giant!!

With a gust of wind, the fire flies turned into a rain of stars falling down.  Recovered from the “storm”, the poor creatures ascended back into the tree canopies.

The next morning, this giant tree without its Christmas lights looked like someone on Sunday morning after a big party.  It is taking its monsoon shower wearily awaiting a cup of coffee.